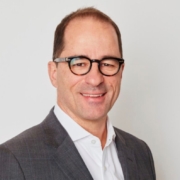 It is with great sadness that we announce the passing of friend and business mentor Daniel Demers. He passed away Nov. 10th after an 18-month battle with sarcoma, an aggressive and relentless form of cancer. As always, he faced this final challenge with dignity and determination.

Daniel entered the electronic security industry in 1993 as Director of Finance for Protectron, a division of Videotron. He was promoted to President and CEO in 1997. During his 22 years at the helm of Protectron through four successive majority financial owners (Videotron, Wellspring Capital, Reliance Income Trust, Alinda), Daniel has grown a $10 million annual regional business into a $160 million Canadian national player with 400,000 subscribers to its monitoring services. In 2014, he led the sale of Protectron to ADT for $500 million USD. Throughout this journey, Daniel has consistently secured seamless financing to support the company’s growth and development. He also ensured that the investor-owners understood that high quality products and services were the foundation for sustainable growth.

A few years after the sale to ADT, Daniel also led the creation of GardaWorld Security System from 2017 to 2020.

Over the years, Daniel established himself as one of the leading figures in the North American security systems and monitoring industry, leading Protectron to the 15th position on this list and within a few months of the number one position in Canada before the sale to ADT. A self-taught entrepreneur, he has built a solid and fast growing organization. He has created a “Work Hard Play Hard” culture and a strong sense of belonging by always insisting on total integrity. He also built an extensive business network in Canada and the United States, which allowed the organization to share best practices with many of North America’s best-run companies.

Daniel will be missed as a father by his daughter and son, both in their twenties, as a spouse and as a brother. He will be missed by many as an influential business leader and mentor, and as a true and genuine friend to those who were fortunate enough to be closer to him.

Enter the 2023 TMA/SDM Excellence Awards Beginning Dec. 1 TMA Past President Sevinor Receives Lifetime Achievement Award
Scroll to top
We use cookies on our website to give you the most relevant experience by remembering your preferences and repeat visits. By clicking “Accept All”, you consent to the use of ALL the cookies. However, you may visit "Cookie Settings" to provide a controlled consent.
Cookie SettingsAccept All
Manage consent