This award was created to honor the memory of Stanley C. Lott.

The Stanley C. Lott Memorial Award, in the words of former CSAA President David Carter, “is not given each year, but is reserved for the very special recognition of those whose contributions to the industry have been most significant –contributions which have spanned years and decades.”

Who was Stanley C. Lott?

Thank you to Bob Bonifas, Alarm Detection Systems, for this history and photo of Mr. Lott. 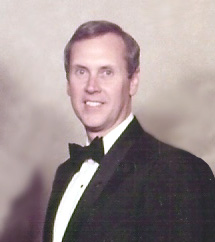 But Stan’s contribution to the industry and to TMA far exceeded his efforts as President.  Stan served until his death, as volunteer frequency coordinator for the TMA radio frequencies.

Through the 1980s, TMA (then CSAA) and ESA (then NBFAA) shared an office, office staff and executive director. The office ran desperately short of money and needed to get loans from its leadership.

In 1986, the office was without a joint executive director and lacked the funds to hire one. Stan turned the day-to-day operation of his company, Guardian Systems, Inc., Ft. Pierce, Fla., over to his management at some risk to his best interest,  rented an apartment, and moved to Washington, DC at his expense and worked for nine months without compensation to allow its survival.  It was largely through Stan’s initiative that TMA established the “Five Star Security Services” concept, the precursor of the TMA Five Diamond Monitoring Center concept, designed to emphasize TMA member companies’ high levels of professionalism and service excellence.  It is fitting that TMA’s highest recognition of contribution and achievement is given in Stan’s name in honor of his significant contribution to TMA and this industry.

The following individuals have been recipients of the award: