A PERS unit is a device that is used to request help from a monitoring center in the event of an emergency. The monitoring center can alert family and emergency services to help the customer. There are two main types of medical alert devices: traditional and mobile. Landline PERS devices use a landline that is powered by the customer’s home electricity, whereas mobile PERS devices are connected to a wireless network and use battery power.

One of many upsides for getting into PERS is that the technology offering is distributing equipment without rolling a truck – this allows the customer to not have a significant amount of upfront costs, so the RMR can start very quickly.

Another upside is that in many cases Medicaid pays for the services, so you end up in a position where you are not collecting from a consumer but instead a government agency. This is helpful from an attrition standpoint because usually Medicaid subscribers are automatically redeployed from a wait list.

Automation Monitoring Software provides central station operators with the information needed to handle events for the safety and security of life and property. Signals are transmitted from sensors, detectors, alarms, videos, access controls–or any other device that sends out a signal to the central station receiver. The receivers convert the incoming transmission signals into alarm signal codes, which are then sent to the automation monitoring software. Signals can come in the form of an electronic, digital, text, email, SNS and others Once converted at the software, these alarm signal codes allow operators to view, manage and catalog the incoming alarm signals.

The customer screen provides information about each account including the service address, account name, type of accounts, contacts, phone number, contact list, zones, as well as alarm history and special account notes. Depending on user permissions and software capabilities, billing information and accounting tools to take payment can be shared on the screen. Also, depending on the software capabilities, the account will contain a map and/or blueprint of the service location with installed cameras indicated. Most automation platforms have the ability for a customized action plan and/or script based on the type of customer, different signal types and situations that is used / followed when processing events on that account. This ensures that alarms are handled consistently based on the specific type of signal received and according to specific procedures for each account. This also allows for consistent reporting as each operator is following the same procedure for that account.

There are many automated features throughout the different automation monitoring software that expedite the management of signaling events and the emergency responses needed. Most platforms have the ability to integrate the PBX, enabling the operators to auto dial those on the contact list along with recordings being paired with the alarm history on the account. This provides an accurate and efficient operator response. 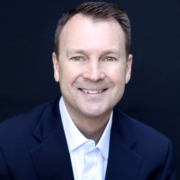 TMA President Don Young will complete his term on October 14, 2021 at the closing of the 2021 Virtual Annual Meeting. TMA members were asked to share their gratitude to Don. The following are comments that have been received.

You may also view ads placed by members in the fall issue of the TMA Dispatch.

If you would like to add your appreciation, please email communications@tma.us.

Words of Appreciation and Gratitude

From all of us here at Rapid Response, we extend a hearty thank you to Don Young for his service to the industry as the president of TMA.

Don, over your two years as TMA president, it’s been clear to us that you see leadership as a privilege and take it as a duty to serve to the best of your abilities. Your term spanned the most challenging years in the history of the Association, but throughout that time you provided clarity of direction. We feel that’s the mark of a true leader.

When you were inaugurated in October of 2019, no one could have guessed that more than three-quarters of your term would be during a global pandemic. You said at the time, “In some ways, I feel as though I’ve been preparing for this role for 30 years. As our industry faces new and rapidly emerging technologies, it is more important than ever to leverage the collective knowledge, expertise, and strength of TMA and its member companies…” Hindsight being what it is, your 30 years of experience was indeed valuable preparation for the rapid changes that were to come — even if they were not the changes anyone expected at the time. Just as valuable was your ability to leverage the knowledge, expertise, and strength of TMA and its member companies in these trying times.

Having your decades of industry experience at the helm was vital in a time that confidence in leadership has been more critical than ever, and the TMA had security in approaching the future of protecting life and property under your leadership. The industry is on a different trajectory now than it was in 2019, and we thank you for your leadership during that upheaval.

“Don I don’t know many people who could have shown the leadership and guidance that you did. You are owed a huge debt of gratitude by TMA members, supporters and staff on how you navigated the challenging times during your term.

“Don has offered leadership and thoughtful perspective, keeping the “good of the industry” as his core principal, during a very challenging period for all of us including TMA as an organization.”

“During these unprecedented COVID times, TMA flourished over the last two years because of Don’s participative leadership. He welcomes everyone’s opinions and encourages collaboration. While he might have the final say, he distributed the responsibility of making decisions to everyone. One thought sums him up, he’s a true gentlemen.”

“Don has done an exceptional job leading TMA through these unprecedented couple of years.  From town hall meetings to standards development, he has driven the organization forward and created value add for the members.”

“Don has been an exceptional custodian/steward of TMA throughout his tenure as TMA’s president. As members faced months of great uncertainty amidst the pandemic, Don’s capacity to lead, empower, and inspire was a true testament to his unwavering commitment to TMA. He assumed a very proactive, strategic posture as he readily assessed TMA’s resources and goals in light of the unprecedented business challenges facing TMA’s members of all types and sizes. His actions strengthened TMA’s foundation for future success. I am deeply grateful for the abundance of time, energy, and expert guidance that Don so generously dedicated to TMA.

“We felt that our commitment to the customer is what set us apart at Break Point Security. Watching the same philosophy continue under Safe Systems is very gratifying. Our alarm subscribers are in good hands with another great family-owned and operated company,” says Michael Schroder, Chief Operating Officer and Founder of Break Point Security.

John Wrzesinski, Vice President of Operations and General Manager at Safe Systems, adds, “All of us at SSI look forward to bringing the very best customer experience to these new customers from day one.”

Eastern Bank announced A-COM Integrated Solutions (A-COM) as a new commercial banking customer. Founded in 1973, A-COM is a family-owned security, home and business automation company offering services to benefit increasingly mobile lifestyles. With decades of experience in the safety and fire protection industry, it serves more than 20,000 customers with advanced business management and security in such areas as intrusion, access, surveillance, cyber security risk assessment and proactive IT monitoring. Eastern is providing a full banking solution to A-COM, which includes a revolving line of credit.

“For more than 45 years, providing customers with peace of mind over the security and protection of their homes, businesses and data has been central to our business philosophy,” said Wayne Beck, CEO and Founder of A-COM. “Eastern understands our model, has ensured a smooth process for managing our working capital and daily treasury needs, and offers the resources to support our future plans as new opportunities form from our customers’ changing needs.”

“A-COM is known for its commitment to excellence in customer service and giving back to the community,” said Greg Buscone, Executive Vice President, Senior Commercial Banking Officer of Eastern Bank. He added, “We are pleased to provide our banking solutions and look forward to working with them.” 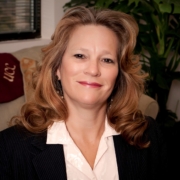