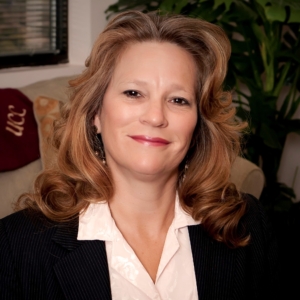 Brought to you by TMA’s NextGen, we are pleased to introduce our second episode or our exciting virtual meeting series – Meet Your Mentor. Each broadcast will welcome a respected TMA leader in an informal, interview-style format that invites attendees to ask questions and share comments.

Step in. Step up.

Longtime TMA member and volunteer leader Teresa Gonzalez, President, United Central Control (UCC), revealed the importance of a positive attitude and flexibility for young professionals during Episode 3 of TMA’s Meet your Mentor interview series in September. She spoke directly and emphatically to those who aspire to reach the executive suite within the business of monitoring. For Gonzalez herself, who was the oldest of seven children, she learned very early in life the fundamentals of being a valued team player and strong leader. “My mother was my greatest fan,” shared Gonzalez, “She taught us that we could achieve whatever we wanted in life.”

While her mother was her first mentor, Gonzalez openly credits other professionals who significantly impacted her career and her development as a leader. At the top of her list is UCC’s former owner Don Munford. “Don was very business savvy,” noted Gonzalez, adding, “He was a people person who believed in his team.” An IT manager from San Francisco-based National Guardian Security is credited with introducing her to central station technology which she notes as her background to the executive position she now holds. “When it comes to computer programming and technology, Hadi Saidi mentored me,” recalls Gonzalez. “Technology became my passion. He even helped me to understand how the receiver worked and how to run wire cabling,” stated Gonzalez.

Joe Thompson, Operations Manager for National Guardian Security, taught Gonzalez about leading, managing, and motivating people. “Joe taught me to learn and adapt, but most importantly, he showed me how to speak the language of the employees so that, as a leader, I would have the capacity to understand their challenges and to motivate them.”

Throughout her interview, Gonzalez proudly shared the depth of her commitment to her “home” family and her “work” family. When asked specifically about her secret to maintaining a healthy work/life balance by NextGen Co-Chair Jessica Lambert, Gonzalez commented on its obvious difficulties “Family is very, very important,” she emphasized, but noted that monitoring is a 24/7 job. “I’ve always made the most of special events such as vacation and sports. My family understands.”

In closing, Gonzalez offered three points of advice to those who have a desire to assume higher levels of responsibility within their businesses. She advised young professionals to have a positive attitude. “Do whatever it takes to get the job done and done well.”

Secondly, she called on attendees to be team players, as no one is an island. Lastly, Gonzalez emphasized the need to demonstrate a willingness to learn and encouraged the rising professionals to be flexible. “Step in. Step up!”

Coming up will be coverage of the interview with Morgan Hertel, VP of Technology and Innovation Rapid Response Monitoring, that took place during TMA’s Annual Meeting in October.

To view recordings and register for an upcoming episode, learn more about this group, or to join TMA NextGen visit us online.

TMA Welcomes 91st and 92nd ECC to its ASAP-to-PSAP Service Eastern Bank Welcomes A-COM Integrated Solutions As A Commercial Customer
Scroll to top
We use cookies on our website to give you the most relevant experience by remembering your preferences and repeat visits. By clicking “Accept All”, you consent to the use of ALL the cookies. However, you may visit "Cookie Settings" to provide a controlled consent.
Cookie SettingsAccept All
Manage consent