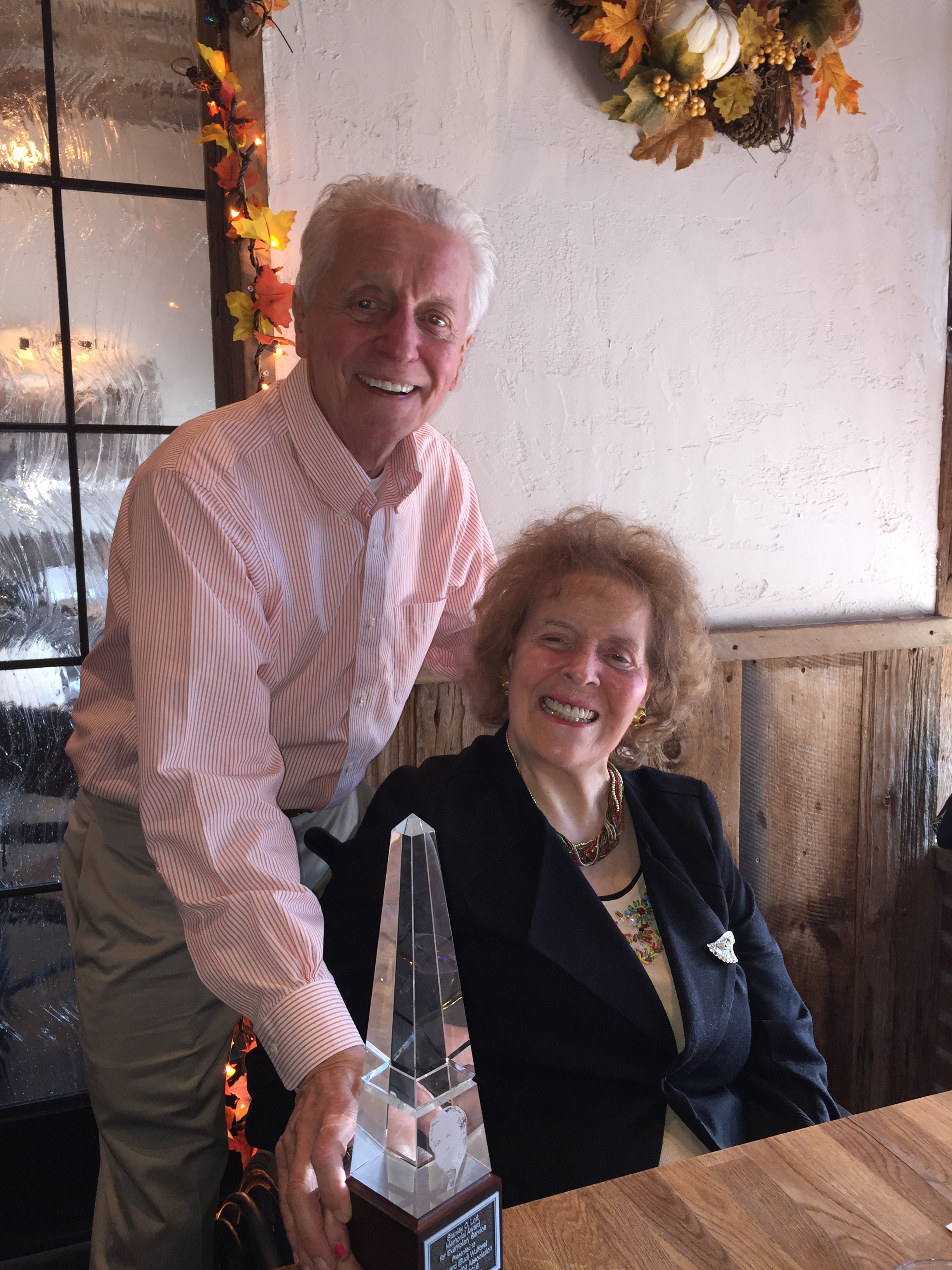 Bud and Laurie Wulforst with the Lott Award, October 2018. Photo by Ralph Sevinor.

TMA Past President Bud Wulforst was announced as a new recipient of the association’s highest honor, the Stanley C. Lott Memorial Award for Exemplary Service, at the 2018 Annual Meeting. This award was created to honor the memory of Lott, renowned for his efforts to lead and financially support the Association through difficult times.

Wulforst, with more than half-a-century in the electronic security industry, built and sold five companies, most recently selling Nevada-based A-1 Security to Stanley Convergent Security Solutions. He has been devoted to the industry and its causes, helping many colleagues improve their operations and profitability, and assisted some in selling their businesses. Over the years he has been associated with more than a dozen industry-focused organizations, remaining an active member of the TMA board of directors since his presidency.

Sons Howard Wulforst and Leif Wulforst accepted the award on Wulforst’s behalf. “I finally finished the race,” said Wulforst with a smile. “When my sons told me I had received the award, I was dumbfounded – almost speechless. It’s a wonderful honor.

“I knew Stan Lott well,” he continued. “He was really a mentor to me; he encouraged me to join the association back in the late 80s, and explained how things worked – it was very helpful! It’s truly an honor to join the others who have received this award named for Stan.”

“It was indeed an honor to present Bud with the Lott Award in Palm Beach this year,” said TMA President Ivan Spector. “Bud leads with a quiet and determined leadership style – always very low key and spot on with his advice and comments. He is very insightful, always helpful and never says no to assisting on various projects. He is one of the reasons why TMA is so successful — both in the past and in mentoring new Industry leaders of the future.”

Register Now! TMA Virtual Product Review Series: Umbo Light A.I. Video Simpson, Clary Recognized for NFPA-72 Efforts
Scroll to top
We use cookies on our website to give you the most relevant experience by remembering your preferences and repeat visits. By clicking “Accept All”, you consent to the use of ALL the cookies. However, you may visit "Cookie Settings" to provide a controlled consent.
Cookie SettingsAccept All
Manage consent