Chief Harlin McEwen is the recipient of CSAA’s 2016 Public Sector Award. This special honor is given by CSAA in recognition of a public sector individual’s contribution to the alarm industry. He will be presented with the award at the 2016 Electronic Security Expo (ESX) Public Sector Luncheon on Thursday, June 9, at the Fort Worth Convention Center. 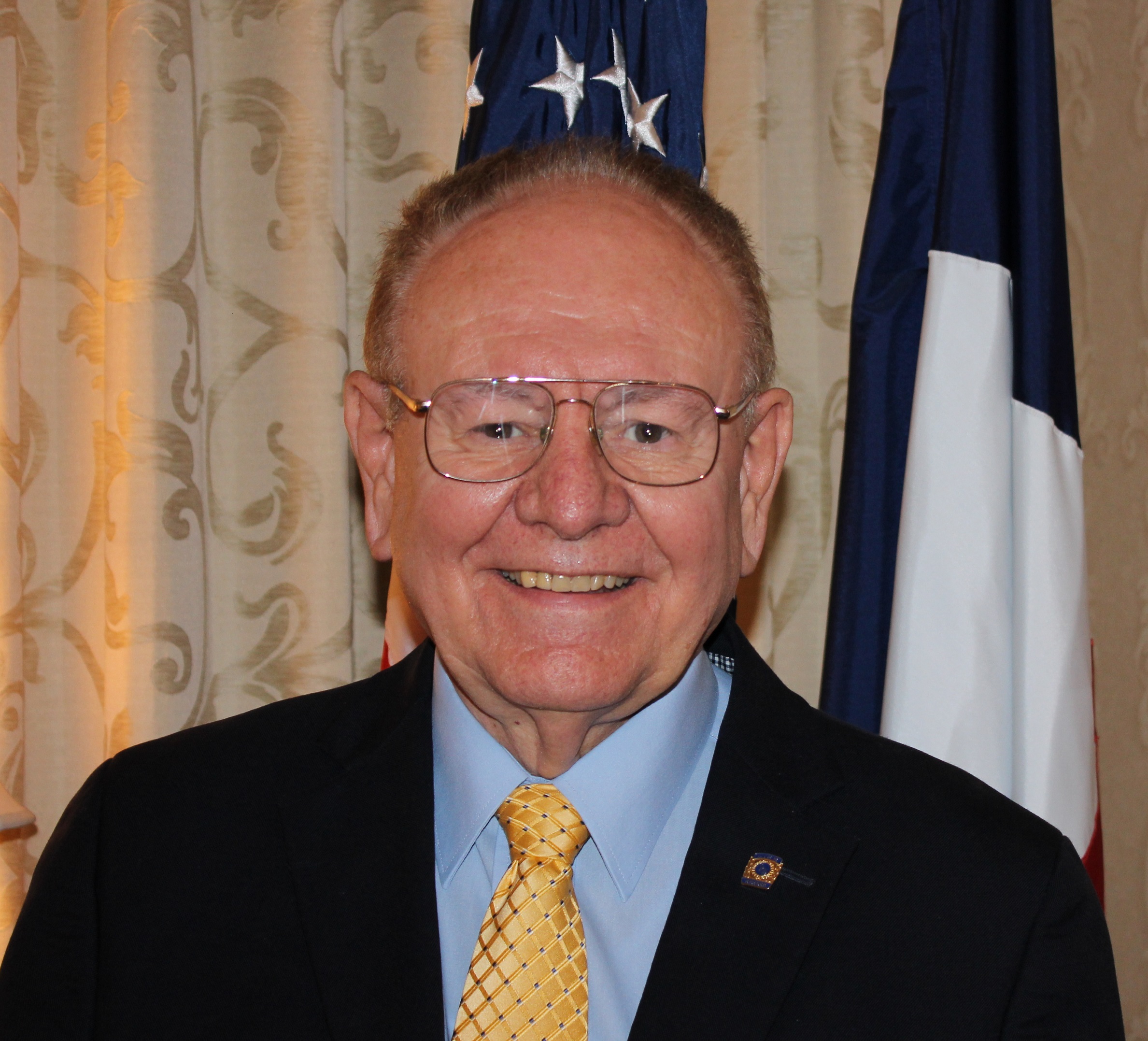 Chief Harlin McEwen at the June 2, 2016 meeting of the Alarm Industry Communications Committee at which he briefed members on FirstNet developments. Photo by Elizabeth Lasko.

“It is our pleasure to recognize Chief McEwen for his tireless efforts to advance the relationship between monitoring companies and our partners in the public sector,” said CSAA President Pamela J. Petrow.

Chief McEwen served for 13 years as the Chief of Police for the Cayuga Heights, New York Police Department before moving on to serve as the Deputy Commissioner for the NY State Division of Criminal Justice Services. He later returned to police work, serving as the Chief of Police for the City of Ithaca, NY, before taking the position of Deputy Assistant Director of the FBI.

In addition, he served for more than 37 years as the Chairman of the International Association of Chiefs  of Police (IACP) Communications & Technology Committee. During that time he was the principle representative and spokesperson for the IACP on matters relating to Communications & Technology. For this ongoing work, in 2000, the IACP honored him with a presentation of the first (and only) Lone Star Distinguished Award, and in 2006 he was elected as IACP Honorary President.

McEwen has also served as a distinguished Member of the Executive Steering Committee of the Global Advisory Committee, a Federal advisory group to the U.S. Attorney General. The GAC has been responsible for the development and implementation of numerous innovative justice information sharing standards and programs.

Since 2012 he has served as the Chair of the FirstNet Public Safety Advisory Committee. In this role he is leading the efforts of the 42-member PSAC to interact with the FirstNet Board and staff and the nationwide public safety community to develop and implement a new Nationwide Public Safety Broadband Wireless Network.

McEwen played a critical role in the launch of CSAA’s ASAP program and has worked tirelessly in its promotion.

“I am deeply honored with being selected for this prestigious award and have enjoyed working with the members of the Central Station Alarm Association for many years,” said McEwen.  “The continued close working relationship between the public safety community and CSAA is resulting in greatly improved public safety services to the public.”

The award recipient must be nominated by one or more CSAA members in good standing. Two CSAA Past Presidents, Lou Fiore and Jay Hauhn, put McEwen’s name forward for consideration. Fiore noted that, “An essential component of ASAP is its connection to the Nlets network. Chief McEwen was instrumental in bringing CSAA’s ASAP program together with Nlets.”

“Chief McEwen’s leadership of the First Responder Network Authority (FirstNet)’s Public Safety Advisory Committee, and his commitment to engaging the alarm industry in FirstNet’s activities, has been critical to the advancement of our relationship with FirstNet and our favorable positioning for the future,” said Hauhn.

For more information, contact Elizabeth Lasko at CSAA, 703-242-4670 or ewlasko@csaaintl.org.

CSAA’s Hauhn Joins ESA, ADT in Warning of Deceptive Alarm Sales Pract... Chief McEwen to Receive 2016 Public Sector Award
Scroll to top
We use cookies on our website to give you the most relevant experience by remembering your preferences and repeat visits. By clicking “Accept All”, you consent to the use of ALL the cookies. However, you may visit "Cookie Settings" to provide a controlled consent.
Cookie SettingsAccept All
Manage consent