Frisco, Texas (January 26, 2017) – The city of St. Cloud, Florida and its Police Department were presented with the Security Industry Alarm Coalition’s (SIAC) Director’s Award of Distinction, and the Alarm Association of Florida’s (AAF) Alarm Management Award for its outstanding work in reducing alarm dispatches.

St. Cloud Police Chief Pete Gauntlett was given SIAC’s Award of Distinction for his work on this project, along with the AAF award.

The city reduced its alarm dispatches by 67% in its first 12 months utilizing the model ordinance developed by SIAC and the Florida Police Chiefs Association (FPCA). The awards were given during a recent city council meeting.

“In the case of St. Cloud, this positive outcome benefits the police department, the local community and our industry. It demonstrates that well-implemented alarm management practices provide the intended results, fewer dispatches,” said Stan Martin, SIAC Executive Director. “Police are freed to address other calls that may have greater public safety consequences. Customers are happy that they don’t have unnecessary alarm activations. In turn, security companies are in better shape because they can sell improved alarm management practices. The result equals fewer fines to the customer.” 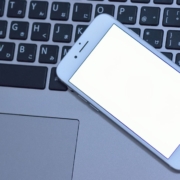 Alarm Ordinance Changes in Beaverton, OR

Town of Lexington (SC) PD Receives SIAC Award for Reducing Alarm Calls CSAA Honors Cumoletti for ASAP Support
Scroll to top
We use cookies on our website to give you the most relevant experience by remembering your preferences and repeat visits. By clicking “Accept All”, you consent to the use of ALL the cookies. However, you may visit "Cookie Settings" to provide a controlled consent.
Cookie SettingsAccept All
Manage consent