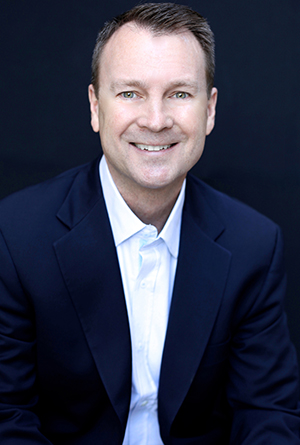 The Monitoring Association (TMA) is pleased to announce Don Young, CIO and EVP of Operations of ADT, as the new President who officially began his two-year term on Thurs., Oct. 17, 2019 at the conclusion of TMA’s 2019 Annual Meeting, Young recently served a two-year term as Vice President on the Executive Committee leading up to his presidency. He succeeds Ivan Spector, Sentinel Alarm, Montreal, QC. Spector who will serve an additional two-year term as Immediate Past President on the TMA Executive Committee.

“It is a distinct honor to serve as TMA’s president,” stated Young, “In some ways, I feel as though I’ve been preparing for this role for 30 years. As our industry faces new and rapidly emerging technologies, it is more important than ever to leverage the collective knowledge, expertise, and strength of TMA and its member companies to convey the importance of professional monitoring to consumers and first responders. It is also vital that we take an active leadership role in the development of new industry standards to provide a framework by which our businesses can most effectively protect life, property, and data for our customers.”

Young brings a broad spectrum of knowledge, experience, and expertise spanning both business and technology to his new TMA leadership position. Since joining ADT in 2016, his primary areas of responsibility have encompassed information technology and operations. Young first entered the alarm industry in 1988 after serving four years in the United States Air Force.

“As I begin this new part of my journey with TMA, I want to first and foremost recognize our outgoing President Ivan Spector for his strong and strategic leadership over the last two years. His contributions to the organization, its members, and the industry at large are quite substantial,” Young stated. “Amongst his many accomplishments, his work to further the adoption of TMA’s ASAP-to-PSAP program; advocate on behalf of members to NFPA; and, to establish TMA as the issuer of FirstNet certification are most notable. On behalf of a very grateful professional community, I express our deep appreciation to Ivan for his remarkable service.”

“We are delighted to welcome Don to this pivotal leadership role within TMA,” stated Celia T. Besore, executive director, TMA. “Having worked closely with him for the last year, I recognize and embrace his passion for excellence. His wealth of industry knowledge and experience is a great asset to TMA and will be an integral part of our growth and success over the next two years.”

Cincinnati, OH Becomes 62nd ASAP-to-PSAP Verizon Announces 5G Home Internet in Chicago
Scroll to top
We use cookies on our website to give you the most relevant experience by remembering your preferences and repeat visits. By clicking “Accept All”, you consent to the use of ALL the cookies. However, you may visit "Cookie Settings" to provide a controlled consent.
Cookie SettingsAccept All
Manage consent