With the summer selling season in full swing, door-knocking scams are on the rise. Companies like ADT are reporting nearly twice the number of consumer complaints versus the prior year as awareness increases of a major issue threatening the image of the security industry. Representatives from business and industry organizations are teaming together to help fight this major problem.

On June 23 at the Baltimore Convention Center, against the bustling backdrop of ESX 2015, CSAA participated in a news conference about Deceptive Sales Practices in the Alarm Industry. CSAA Executive Director Jay Hauhn was among those addressing members of the local and industry press on this sensitive topic.

David Bleisch, General Counsel of ADT, noted that ADT continues efforts to thwart these practices, including offering a reward to anyone who can provide lawfully-obtained information showing how alarm companies are training employees to engage in deceptive sales practices. “Another new addition is that we are requiring all ADT sales representatives to provide their ADT ID number when asked by a customer,” he said. “With that information, the customer would then call ADT to verify the sales representative’s employment status.”

Baltimore resident Diane Pruitt described how she was recently solicited by a scammer, as did former Baltimore police officer Derrick Layton.

CSAA’s Hauhn said that CSAA members are committed to trust between companies and customers. “We are not knocking door-knocking,” he said. “Door to door selling is a very effective tool, practiced for decades. But it must be done the right way. Companies must train their sales reps to follow the ESA Code of Ethical Conduct and take swift and actionable responsibility when they fail.” His words were echoed by ESA President Marshall Marinace. 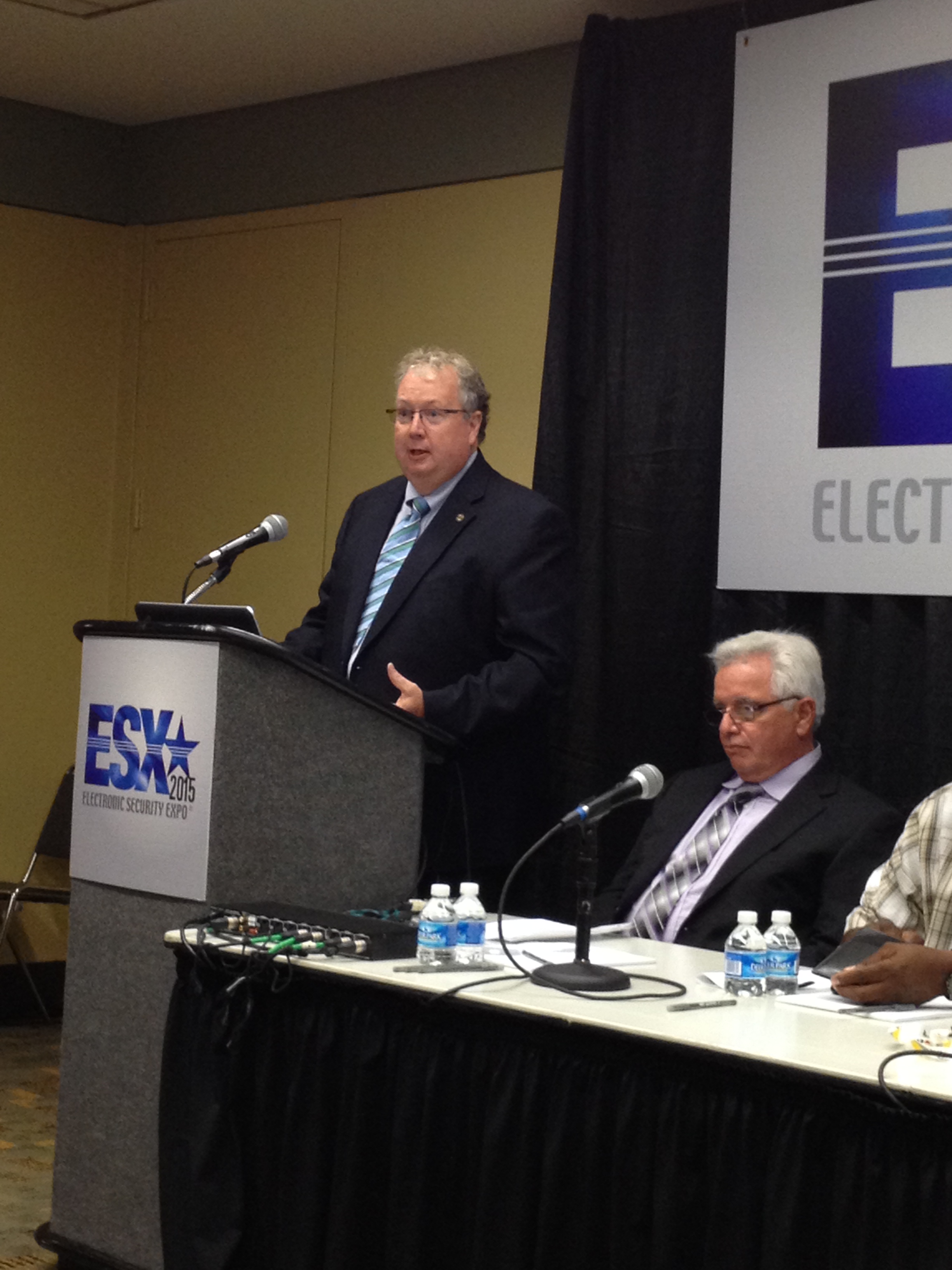 Casey Callaway of the  Council of Better Business Bureaus closed the session with the following information to help members of the public thwart would-be scammers.

Steve Shapiro, vice president of industry relations for ADT — a leading provider of home and business security and automation solutions in the U.S. and Canada — has been appointed to the CSAA Board of Directors beginning in October.

“Every volunteer organization depends on the participation and contributions of its members. Steve has been heavily involved in our Alarm Industry Communications Committee for years and has long been an active supporter of CSAA,” said Jay Hauhn, president of CSAA. “We are pleased to welcome him to the CSAA Board, and I look forward to the contributions he will make as a board member.” As vice president of industry relations for ADT, Shapiro is responsible for the planning, execution and management of the company’s strategic relationships with key North American security and automation industry organizations, alliances and initiatives.  Prior to assuming this role, he led ADT’s product strategy and engineering initiatives for an extensive portfolio of ADT products, including the company’s revolutionary smart home automation system, ADT Pulse®, as well as intrusion, fire, and home health care systems.

“I am honored to join the CSAA Board of Directors,” said Shapiro.  “I’m eager to begin working with CSAA and fellow Board members to address the rapidly changing technology environment in communications, net neutrality, and first responder response requirements.”

Prior to joining ADT, he was a consultant to Sirius XM Satellite Radio where he developed product roadmaps and product definitions for mobile and portable devices.  His career in product marketing and product management began at Motorola, where he was responsible for many communications products and marketing plans over 20 years that included two-way radios, pagers and mobile phones, including Motorola’s first color and camera phones.

Shapiro graduated from Florida International University with an MBA in Business Administration. He holds FCC professional and amateur licenses, has been awarded eight patents, and earned a Black Belt in Marketing for Six Sigma.