TMA is pleased to share news from its members. Send all news announcements to lmcguire@tma.us. Photos (high-resolution/300 dpi) are appreciated! Please be sure to have TMA added to your press release list. News will be shared on the TMA website and Dispatch, TMA’s quarterly print newsletter.

Ganz Security Offering Special Savings on its Legacy Products
Ganz is making room in its NC warehouse for new selections. Go to ganzsecurity.com/sale

DMP XT Panel Update Adds Options for Easy Takeovers, User Convenience
With XT Version 193, you now have the flexibility to change the EOL Value from 1k to 2.2k for panel zones 1 – 9. Contact DMP Inside Sales at 877-757-4367 or at InsideSales@DMP.com for details.

Michael Randone Joins Per Mar as Key Account Manager
Per Mar Security Services is pleased to announce Michael Randone has joined the company as key account manager. Michael brings with him 30+ years of sales, technology and executive management experience. 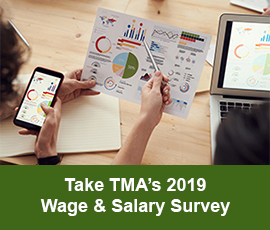 Alarm.com announced a majority-stake acquisition of OpenEye, a provider of cloud-managed video surveillance solutions for the commercial market. OpenEye is optimized for enterprise-level commercial customers requiring expansive video recording capabilities, in addition to remote viewing, administration and diagnostic reporting. Combined with the Alarm.com for Business offering, service providers partnered with Alarm.com now have a solution to accommodate commercial accounts of any size.

ADT announced Thursday it has acquired I-View Now, a leading video alarm verification service, for undisclosed terms. Founded by Larry Folsom, I-View Now’s verification technology, paired with the core monitoring strengths of ADT, will help reduce false alarms and optimize priority response from emergency services, the announcement states. With I-View Now, public safety answering points (PSAPs), like 911 dispatchers, will be able to better confirm whether an alarm is a true emergency by leveraging technology. Video, location, sound, sensor, user, and activity data can now be combined with predictive analytics to provide a comprehensive dashboard of information about what is taking place during an alarm.

The new Tango1B significantly reduces the overall costs to deploy access control and security devices by eliminating the need for a licensed electrician. 12VDC or 24VDC devices can be powered simultaneously via 802.3bt PoE input, providing tremendous savings.

COPS Monitoring announced its plans to migrate its proprietary Generations monitoring software platform to industry-leading jBASE from ZumaSys. jBASE, a world class Multi-dimensional Database Management System, takes the best points of the relational database model to the next level by adding several significant benefits including greater speed, ease of use, robust integration capabilities, superb performance, and all the rich features associated with Multi-Value databases. jBASE is the operating system of choice for mission-critical systems including financial institutions, government, healthcare, retailers, and now professional monitoring companies.

The Security Industry Association (SIA) has selected Steve Van Till – co-founder, president, and CEO of Brivo – as the 2019 recipient of the George R. Lippert Memorial Award, an honor presented annually to a distinguished individual for long-term, selfless service to the security industry and to SIA. Van Till will receive the award during SIA Honors Night on Wednesday, Nov. 20, in New York City.

To determine the Best Workplaces for Women, Great Place to Work® analyzed anonymous survey feedback representing more than 4.6 million US employees. The majority of the ranking is based on what women themselves report in a 60-question Trust Index© survey about their workplace, and how fairly those experiences compare to men’s reports of the same workplaces. The survey measures the extent to which women report their organizations create a Great Place to Work For All™ — for example, whether people trust each other and employees are able to reach their full human potential, no matter who they are or what they do.

Per Mar Security Services announced the promotion of Colin Vick to Regional Vice President, Security Officer Division. In this role, Vick will be in charge of all Security Officer operations and branches in Minnesota and Wisconsin.

WeSuite has set up a survey for TMA members to provide insights into a variety of topics relating to business software needs and how your organization goes about finding solutions. Ten lucky respondents will have a chance to receive a $100 Amazon gift e-cards. Take the survey.

Supreme Security Systems, Inc., announced the appointment of David B. Bitton to the role of President. Prior to this position, David served as the company’s Vice President and COO for 16 years and is taking over the role from his father, Robert Bitton.  Robert Bitton joined the company in 1960 and took over leadership of the company from his own father, Sidney Bitton, in 1964.

Micro Key Solutions welcomes the company founder Wayne Torrens, back to the team full time. Torrens will lead the technological direction of the company after taking a leave of absence to undergo an experimental Multiple Sclerosis treatment with Northwestern University in Chicago, IL.

Micro Vault provides a complete daily cloud backup and disaster recovery strategy that also includes a proprietary validation of the data. Unlike typical off-site and cloud backup products out there, Micro Key’s Rapid Recovery Option with Micro Vault Plus includes spinning up your company data into a secure Amazon Cloud server which eliminates down time and the need to wait for new hardware.

COPS Motioning promoted of Eric Scrivana to the newly created position of Operations Project Manager.  In his new position based at COPS’ NJ National Headquarters, Scrivana will focus on maintaining high quality and consistency of services at each of the six locations in COPS’ network of UL-listed monitoring stations. Scrivana brings 20 years of operations experience with COPS to his new role.  He held several key positions, including advanced dispatcher, shift manager, and Senior Shift Manager of COPS’ dedicated PERS and MPERS services. Eric has an extensive background in training, and provided instrumental onsite support during and after the launch of COPS’ UL listed monitoring locations in Texas and Maryland.

On July 10, Alarm Detection Systems donated a tactical robot to the Aurora police department along with jackets. This gesture was in response to the first shooter event that occurred at customer locations in February of last year.

Mayor, Frank Klipsch, and the City Council of Davenport, Iowa, have proclaimed the week of July 14th– 20th, 2019, as Child Safety Week. During Child Safety Night, Marc Klaas of the non-profit, KlaasKids Foundation, and Per Mar will host a KlaasKids Print-A-Thon to promote and educate families about child safety and fingerprint and photograph children at no cost. Read more.

Guardian Alarm Partners with Activits and Business Leader Herman Moore
Detroit-based Guardian Alarm is pleased to announce a partnership with Herman Moore, community activist and former Detroit Lions legend. Moore will serve as spokesperson for the security services provider in Detroit and throughout greater Michigan.

Derek Ottman transitioned to DMP Director of Sales – Central. Derek has been with DMP for over four years. During his tenure, Derek’s reputation for teamwork, subject matter expertise, and sales leadership made this transition a natural decision. In addition to his sales director duties, Derek continues to serve dealers in the new Upper Midwest territory while DMP seeks a candidate to fill this vacant Dealer Development Manager position.

Watch the New AES Training Academy Video
The new AES NMS Dashboard, Part 1 video shows how to monitor the overall health of your network and how to identify which Subscribers are impacting your health score.

This site uses functional cookies and external scripts to improve your experience.

NOTE: These settings will only apply to the browser and device you are currently using.

We do not capture your email or name within this collected data.