You are here: Home1 / About2 / Our Committees3 / TMA NextGen

The NextGen group offers young professionals and those who are new to the security industry a community of peers with whom to connect and collaborate. Participants take part in social, networking, and educational events throughout the year. Some are limited to NextGen members, while others invite TMA leaders or key subject-matter experts of interest.

Join this group if you are looking to gain knowledge and perspectives or grow your career, this is a great group in which to invest some of your time! Reach out to the NextGen leaders or the TMA liaison to join or for additional information.

Join TMA NextGen if you are a:

To attract, educate and engage the next generation of leadership within TMA through:

The Meet Your Mentor Series

Brought to you by TMA’s NextGen, we are pleased to introduce an exciting new virtual meeting series – Meet Your Mentor. Each broadcast will welcome a respected TMA leader in an informal, interview-style format that invites attendees to ask questions and share comments. 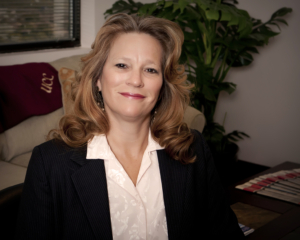 Register now to take part in what is certain to be an unforgettable, inspiring, and empowering conversation. Space is limited. This is a members-only event.

Don Young was recently named Executive Vice President and Chief Operating Officer for ADT. He served as Chief Information Officer and EVP, Field Operations. He was responsible for Technology, as well as Field Sales and Operations, he will now also oversee all aspects of service delivery to customers. Don had served as Chief Information Officer since joining the company in 2016. He first entered the alarm industry in 1988 after serving four years in the United States Air Force as a Computer Programmer Analyst. He has worked as Central Station Manager, Operations and General Manager, Corporate Director, Director of Call Center Operations, VP of Information Technology, CIO and COO. Don is currently President of The Monitoring Association (TMA) and past President of the Partnership for Priority Video Alarm Response (PPVAR).

Ms. Petrow began her career at Vector Security in 1982. After a series of promotions, she was appointed Senior Vice President of the Central Stations and Information Services Group in 1997. In 2004, she was promoted to Executive Vice President, and in 2008, she was again promoted to Chief Operating Officer. In October of 2010, Ms. Petrow was appointed as President and Chief Executive Officer. Ms. Petrow has held leadership positions in the Pennsylvania Burglar and Fire Alarm Association (PBFAA); Electronic Security Association (ESA); The Monitoring Association (TMA), formerly the Central Station Alarm Association (CSAA), executive committee; and is a past President of TMA. She is involved with the Association of Public-Safety Communications Officials – International (APCO), and received its President’s Award in 2009 for her outstanding contributions to the electronic transmission of signals between central stations and 911 dispatch centers. In 2006, she graduated from the prestigious Harvard Business School’s Advanced Management Program. She was presented with an Ernst & Young (EY) Entrepreneur Of The Year™ Award in the Western Pennsylvania and West Virginia program in 2014.